In 2004, Polish archaeologists began a dig at the site of the former Great Synagogue in Oświęcim, just a few minutes’ walk from the AJC. More than 400 objects were discovered during the excavation, including this menorah, which became a symbol of the AJC and our work. It is believed that the Jewish community buried these objects before Nazis destroyed the synagogue in November 1939. In addition to the menorah, other objects were found: candlesticks, the Ner Tamid (Hebrew: Eternal Light) lamp, a plaque listing names of individuals who likely were synagogue donors, and other object fragments. Today, a plaque marks the site of the former synagogue and its ruins. As the largest and most important Jewish house of prayer at the turn of the twentieth century in Oświęcim, the 2,000-seat Great Synagogue – and its surviving artifacts – symbolizes the vibrant Jewish life that once existed in the town. 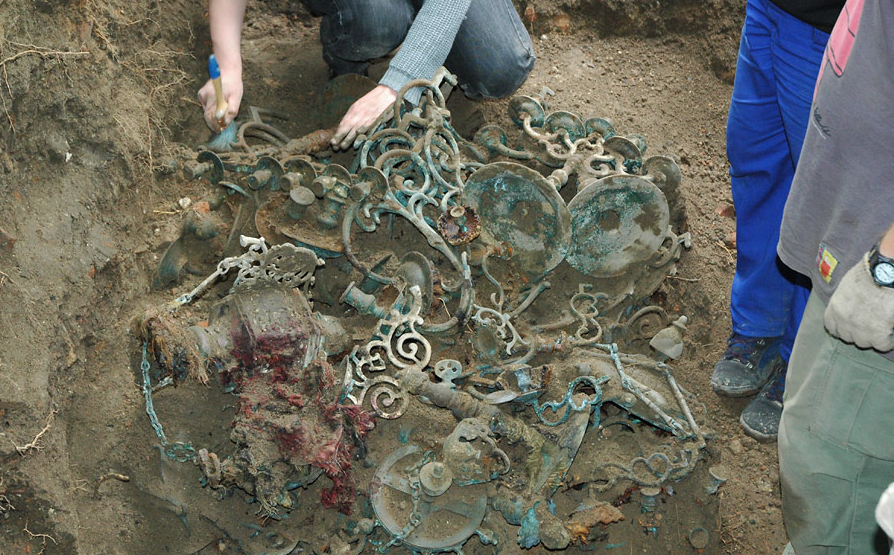 Below are articles that were published in international publications on the event: